The Polka Dot Agate Mine

Polka Dot Agate or PDA is an orbicular agate popular for jewelry found a short drive past Madras, Oregon. That’s the headline attraction at the mine, but this site produces so much more. The mine recently changed ownership and reportedly was being considered for closure until a highly productive thunder egg bed was unearthed. Now, what’s being called the Canyon Rim bed is a popular attraction suitable for families and all ages.

The pictures above show some of the wild variety found in the Canyon Rim bed. These were found under an iron-heavy volcanic ash layer. The eggs at this site produce beautiful and delicate stalactites – some druzy (frosty and sparkly), some glassy, others contorted in otherworldly needle-like structures. A single egg can contain agate, jasper, aragonite, hematite, manganese, and common opal in a variety of colors and configurations.

Everything on this page was found in a roughly 10-foot radius at the site. The pit is that dense with material!

The rock pictured at right is ugly, but it shows some interesting developmental stages of a thunder egg at the PDA site. Look closely and you’ll see those ugly rough bits in the middle are actually needle-like filaments encased in a clear, glassy agate coating. They’re micro-stalactites! Inside a different volcanic bubble, those needles might have formed something more like the agate “angel finger” tubes at top right of this page. The heavy manganese and iron content likely shaped how it grew. If the bubble continued to fill in all the way with agate, it might have formed something more solid and mossy that could be cut into interesting patterned slabs. Instead, it’s an ugly somewhat intermediate rock that lets you wonder how exactly it formed like that. 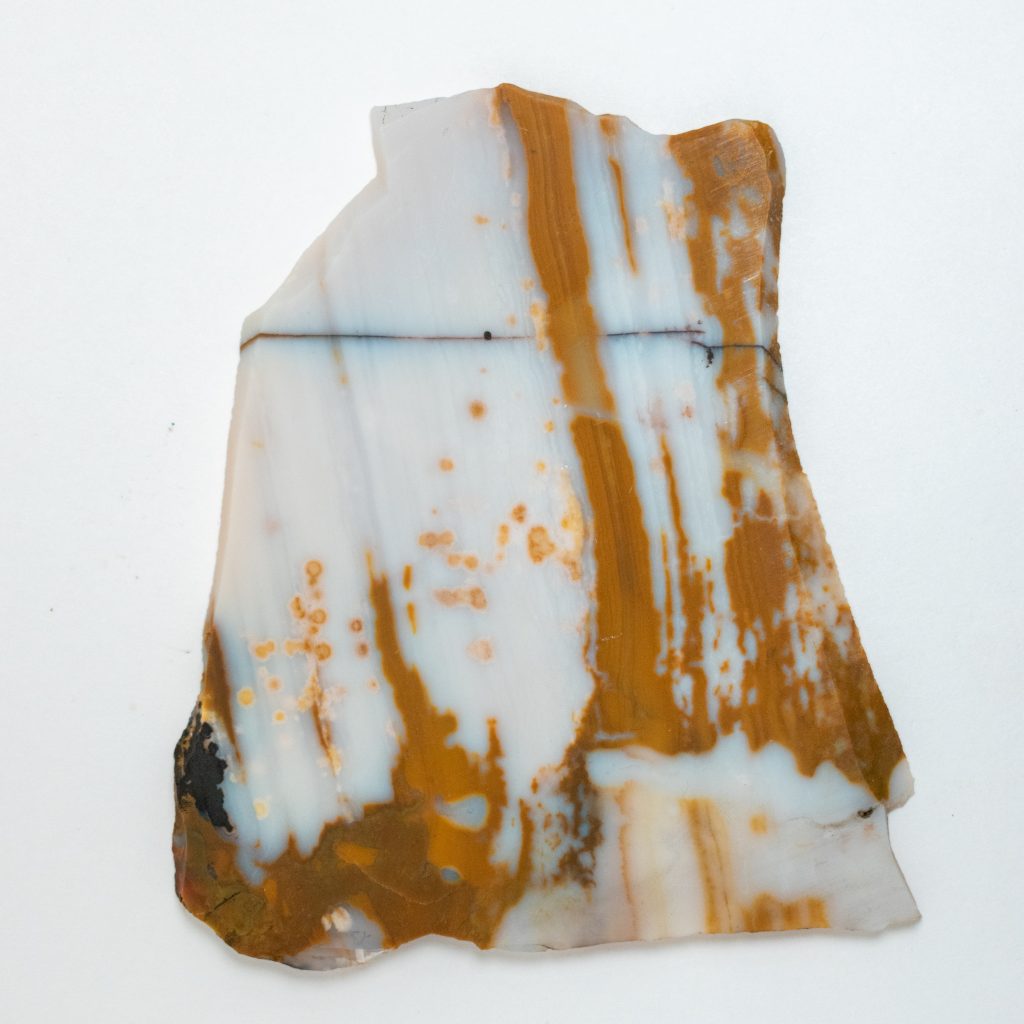 The thunder egg bed is a you-dig, pay-by-the-pound site. Count on spending half a day if you go and bring plenty of water, snacks, and sun protection.

The hosts provide all the tools you’ll need (though you can bring your own) and are eager to teach first-timers. You’ll want something to carry your treasure – a 5-gallon bucket works great – and gloves and a gardening pad can make things more comfortable. That 5-gallon bucket filled to the top with thunder eggs will cost you less than $100 and leave you wondering where to put everything when you get home!

Unfortunately, the thunder egg bed is the only part of the mine that allows you to dig by yourself. The polka dot agate pit is now only mined professionally by staff. That said, you can still obtain PDA material at this site by the pound. The owners also own other popular sites and you can buy other rocks here too, including Blue Mountain Jasper.

I can’t end this without showing some PDA… a cheapo slab is pictured at left. This stuff gets much more elaborate, with highly decorative orbs and even a more translucent “blue ice” in place of the flat white. Check out Etsy for some quality examples.

Visit the Polka Dot Agate Mine

Typically open Wednesday through Sunday during the Summer. The mine does not have an active website, but rather uses a Facebook Group to share all the latest. Check ahead for closures, especially during fire season. 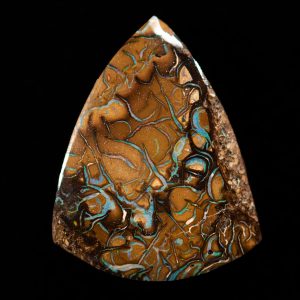